A Place To Write

Of late I have noticed a disturbing trend occurring on writing blogs and groups: Write Shaming.

Write Shaming is when writers post images of their favourite place to write. Usually they attach some little story – because they’re writers, they can’t resist – about how inspiring the location is. The story about how awesome the local cafe is compared to their purpose-built study. Or how the desk was secretly trying to kill the author. The goal is that people become envious and to have them start thinking “I could write well/heaps/both if only I had a setup like that.”

This all got me thinking about an article from Patricia Briggs’ site and a recent discussion we had at my local writers’ group: What are all the cool kids writing with? Whether it be the latest liquid-cooled PC with a display that makes the term UltraHD seem quaint, or your chisel set and pile of clay tablets, every writer has their own setup for crafting masterpieces. Well, everything from Twilight fan-fic through to masterpieces.

So what better way to procrastinate during prime writing time than to discuss all the writing toys you could be buying.

In Australia Pilot Press created a Diary for Writers. It has writing prompts, weekly ideas pages, writing tips, contact details for writers’ centres, and dates for competitions, events and festivals. Of course, there are plenty of other notebooks made specifically for writers… they just kinda seem feeble in comparison now, don’t they.

The big advantage of a notebook and pen is that it gives you a consistent place to record ideas. Many famous novelists are known to have a notebook on their bedside table for that inevitable just-before-sleep brilliant idea that you’ll totally remember in the morning… More’s the pity that some of those ideas weren’t lost.

Phones and tablets are taking over the role of notebooks in this modern age. With synching programs like Evernote, Dropbox, Google Docs, etc, able to run on all your devices, your ideas are safe to embarrass you when you rediscover them ten months from now. Phones and tablets are more than powerful enough to be your primary writing tool as well. Phones have defied the pre-smart phone trend of getting smaller, and are now sporting screens big enough to be seen by some stranger two rows back on your commute. Let’s hope the police believe you’re a writer when that stranger reports you for that twisted thing you wrote. You know the one.

Tablets and small laptops are starting to become interchangeable now. No longer are these highly portable devices in possession of processors that run at the speed of two tortoises passing notes to each other across a football field. Writing isn’t exactly a hardware draining or intensive software activity, so the choice really comes down to how much you like typing on a tablet versus a laptop. And which one has the coolest games and other procrastination tools. Even Scrivener has launched an iOS friendly app for iPhone and iPad.

One caveat to tablets and laptops is the keyboard. Some keyboards are not full-sized and can be challenging or plain infuriating to use, especially if you touch type. Although they also act as a great excuse for your pathetic typing skills. Another issue is that some keyboards aren’t real keyboards, and much like typing on a tablet or phone screen, they don’t have any tactile feedback and can lead to some hilarious typos. Turn predictive text on for sentences that make even less sense than your drunken uncle discussing politics and the economy.

The writing desk and computer

Yes, yes, I know, there are some people who prefer to write things out longhand. They spend countless hours with pen/pencil in hand writing on thinly sliced dead trees only to have to spend even more hours transcribing it into an electronic format that is of any use. So excuse me if I acknowledge that this is 2017 and talk about computers for writing.

While portability can be awesome, having a dedicated space with a full-sized – possibly “ergonomic” – keyboard, a screen that doesn’t induce eyestrain from having to read documents in 4 point text size, and an internet connection that doesn’t drop out every time a car drives past and blocks the Wi-Fi signal has advantages. As above, computers are more than capable of handling the pressures of word processing, which makes the choice more about budget and what graphics package you need to run Netflix* in UltraHD. Laptops can fill the role of desktop computer here with a base station connecting a decent sized monitor, etc.

These articles cover some of the options: 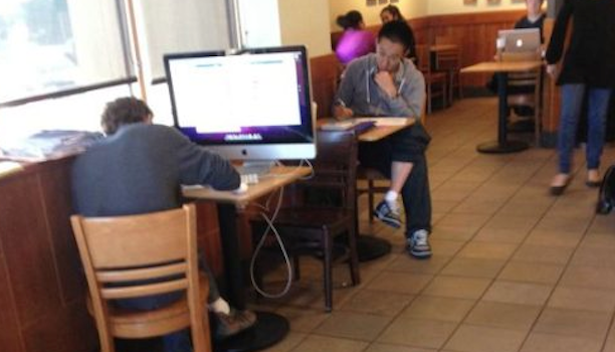 Writing software is still oddly dominated by the “my computer came with it” word processors. Needless to say, MS Word is highly popular because people don’t know any better. Word is a highly versatile program that can do just about anything, integrates with all the plugins and add-ons you can imagine, and does a perfunctory job of being useful. In its favour it is the most supported program, which means updates actually happen, integration with programs like referencing software is a thing (hey, us science nerds care about that stuff!), and editing with tracking and commenting is excellent. MS Word is the jack-of-all-trades, and thus master of none, and has so many features there are entire lists to point out the stuff you didn’t know it had.

Of course Mac OS have their own less popular versions of the MS Office programs. But Apple admitted people liked Microsoft and let MS Office come play on their OS.

There are plenty of online options that all have limitations and benefits. Google Keep, Evernote, Onenote, etc, fill differing roles. These aren’t just writing and note tools, but can also save documents and webpages. Since they are cloud based, anything you have saved there is accessible anywhere, anytime. Well, unless you have third world internet like us Aussies.

The online options also extend to apps that are made for writing and not just note taking. Google Docs is the most obvious, especially with its sharing capability. Novlr is an online/offline subscription based app made by writers for writers. ApolloPad is an online writing app with features like cork-boarding and timelines – pity it is still in beta. Novel Factory is another online subscription based writing app made by writers for writers. Apparently writers don’t get paid unless they can also code software.

Dedicated writing apps aren’t always best served in the cloud or online. Feature rich programs tend to play better when they can hog your RAM directly rather than through your browser. Novel Factory has a Windows version that isn’t subscription based. Bibisco is an open source (yay, free!) dedicated writing app with some cool but standard features. WriteItNow has a lot of features, including an events chart to help with planning. And what blog on writing tools would be complete without flagellation over how awesome Scrivener is? Personally I’ve used Scrivener for years and love it. I didn’t even get paid to say that – hint to any of the app developers out there, I will cash for comment.

Like any good procrastination effort, there is a lot to compare, contrast, analyse, and digest here. I’ve barely scratched the surface. There is an entire list of add-ons and plug-ins that are great tools for writers (e.g. Hemmingway) that I may cover in another blog if people are interested. I may cover it even if people aren’t interested. That’s just how I roll.

*Netflix being the PG friendly term for any of those streaming sites you’ll be accessing.
** Thanks to Gary from my Spec-Fic writing group for his list of writing apps.

4 thoughts on “A Place To Write”