When do people start to hate reading?

For us readers, the answer is “Never! How could you ask such a silly question? What’s wrong with you? Do you even book, bro?” But the reality is that a significant chunk of the population have not read a book in the last year, and/or aren’t regular readers. We have to admit: some people don’t like reading.*

I have a pet hypothesis** on this. During school, mainly high school, kids start to hate reading. This is because teachers, academics, literary people, policy makers, and general busybodies, start to decree what kids should and shouldn’t be reading. As a result, kids are “forced” to read books that they aren’t interested in or that have won an award or are a “classic” or that fill a certain level of appropriate snootiness that appeases book snobs.

Or as Blackadder put it:

In the academic text – From Striving to Thriving: How to Grow Confident, Capable Readers – Stephanie Harvey and Annie Ward discuss this issue. They outline this problem and have summarised reluctant readers with a cartoon from Dav Pilkey (of Captain Underpants fame).

One of the authors, Annie Ward, presented at a readers summit recently and one of her slides has made it to social media. It covers some key points for how educators become “book wardens” who restrict reading and undermine reading ownership and choice. Book Wardens tend to:

While I have frequently focussed on the snobbery aspect to this problem, particularly from the reading/publishing industry itself, there is more to this. Take for example “just right” books and adults. What image do we conjure up when someone mentions comic book readers? Pimply teenage boy? An obese virgin loser who still lives with his parents? You know, this guy:

The problem with that series of assumptions is that it is a form of reading snobbery. How could a comic be entertaining to anyone who isn’t a loser? Or similar statements that you’ll hear from people who have never read a comic book and battle to wrap their head around the art form.

In other words, even as adults, we are encouraging people not to read.

But don’t worry, as Dav’s second-page shows, we can all make a difference to people by encouraging them.*** 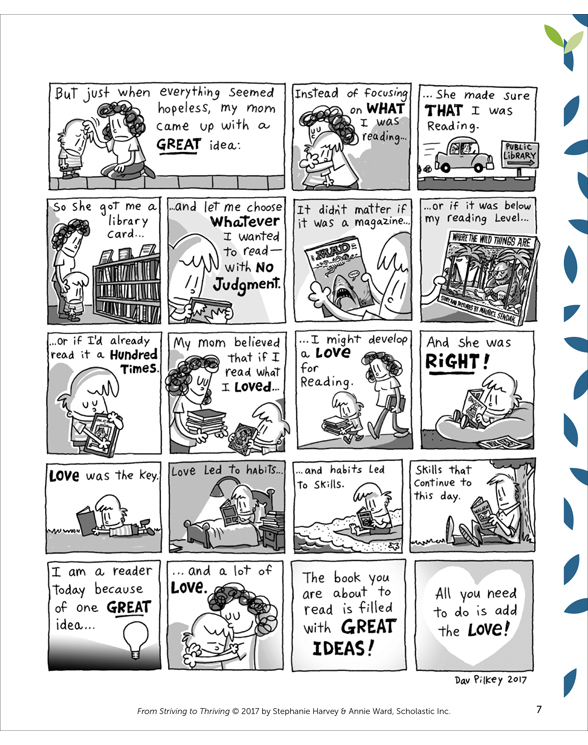 *A quarter of people (24-26%) haven’t read a book recently. I’ve previously discussed the reading figures for the US, UK, and Australia and it is interesting how the figures come together. Suffice to say, reading is not a favourite hobby for most people.

**Hypothesis because a theory is something pretty solidly supported, whereas a hypothesis is a question you want to answer. Join me in my scheme to change the values that will stop the positive feedback of the colloquial usage of theory today!

***Although in fairness, the literary snobs are trying to encourage people to read. Their failing is that they think what they like should be what everyone reads. They have us talking about guilty pleasures and judging what we read by their standards rather than just letting us read stuff we enjoy.