Book vs Movie: The Mask – What’s the Difference?

In this month’s What’s the Difference? the CineFix team delve into the crazy world of The Mask.

The Mask turns 25 this month AND the comics are coming back! So it’s time to look back at Jim Carrey’s half cartoon turn as the big green head. Based on a shockingly violent graphic novel, how did The Mask go from a splatterfest to slapstick? It’s time to ask What’s the Difference!?

When I was a young lad, The Mask was one of the most quotable movies that weren’t R-Rated Pulp Fiction. It was Jim Carey at his zaniest, a digitally enhanced Ace Ventura. It was funny… for teens and some adults.

I’m not sure if the movie has dated poorly, or if it became too popular and thus annoying – the ever problematic oversaturation phenomenon – or if we’ve had enough of the zany Jim Carey, or if I’m just an old man shouting at clouds now. But there was a time when this movie was cool and funny. It was Looney Tunes for teenagers who grew up watching reruns of Bugs and Daffy.

The comic… I remember trying really hard to read it. But after having watched the movie first, the differences were too much. The dark and violent humour of the comic was asking too much of a younger me who was expecting zany Bugs Bunny style slapstick.

This video did leave me with the question: what if they’d asked Sam Raimi to direct The Mask with Bruce Campbell in the lead? You could have the horror styled darkness and all the humour, just like Army of Darkness. Not too late! 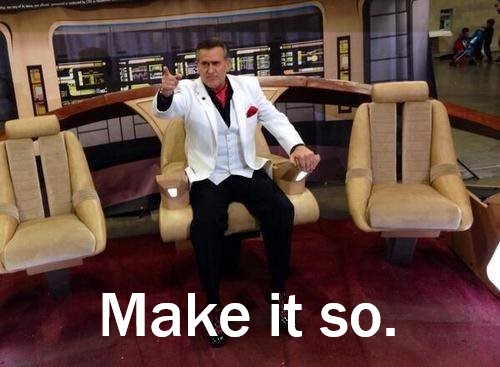