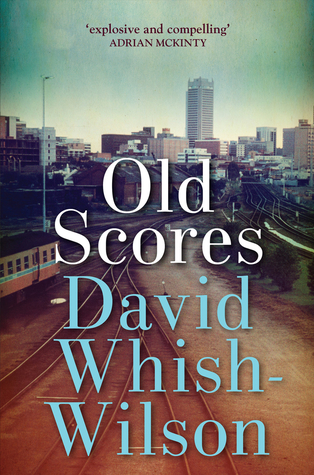 New tourism campaign: Come to Perth, where you can grift in peace.

Former Detective, Frank Swann, is starting a job with the new Western Australian Premier. The exact nature of his job is unclear. The exact motives of those around him are even less clear. Power players are moving to get their slice of the development and mining booms that are starting. The “facilitators” have their hands out. The usual underworld players – from bikies to bank robbers – see their chance as well. And the target is painted on Frank as he’s caught in the thick of it.

Back in 2016, I was lucky enough to attend the book launch for Old Scores. As a long time fan of David’s, it surprised me to realise that over two years had elapsed since getting my signed copy. If I’m honest, I feel pretty guilty for not having read it immediately. I got there… eventually.*

David is a fantastic writer and Old Scores is another great crime novel from him. He delivers with a gritty and evocative style that us crime fans love. Set in Perth, you not only get the feel of the city, but you have a sense of the underbelly that shaped it. I was too young to really understand WA Inc, but David capitalises on those, and other, events to craft his own tale. In many ways, it is often hard to spot what is a fictionalised historical event and what is actual fiction.

Old Scores is a must for any crime fiction fan and for anyone who wants to get a sense of what Perth and Western Australia were like in the 1980s.

*I promise I’ll read the next one sooner, David.