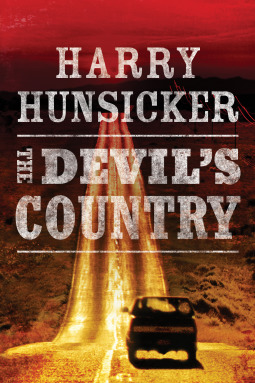 The Devil’s Country by Harry Hunsicker

Has there ever been a religious cult started for something other than allowing the leaders to have sex with the congregation?

Arlo Baines is wandering the state of Texas in an effort to forget the murder of his family. The former Texas Ranger sees a couple of guys up to no good, and starts making trouble in the neighbourhood. He gets in one little fight and has the local sheriff and a religious cult wanting to see him leave (for Bel Air).

It was refreshing to dive into a different take on the itinerant vigilante genre. Obviously there are similarities between any of the novels in this genre, the most prominent being Lee Child’s Jack Reacher series (of which I’m a fan). But Harry Hunsicker has brought a more haunted and reluctant hero to the page, one who feels a little more vulnerable, but no less unstoppable.

This is a fast-moving novel which hits all the right beats. While it doesn’t stray from the itinerant vigilante genre path, nor offer up any surprising twists, The Devil’s Country was an enjoyable read. Recommended for any fans of Lee Child, Matt Hilton, Zoe Sharp, et al.

NB: I received an advance review copy of this book in exchange for a fair review.