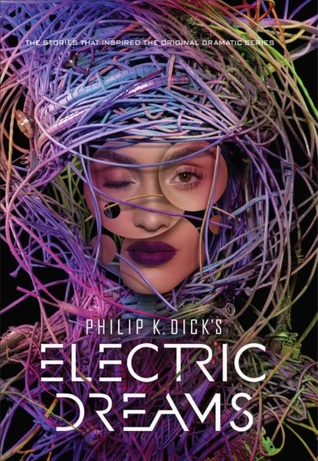 Sometimes you learn that aliens are better than people, so don’t be a jerk and you could stop an invasion.

Electric Dreams is a small sampling of an array of Philip K Dick short stories that were used as the basis for 10 episodes of a TV series of the same name. Dick wrote a huge number of short stories in his career – publishing 121 in a 30-year career, alongside 44 novels. So this selection (collection?) is probably best described as a taste-tester of PKD.

I find it hard to classify PKD as an author. What I have read of his works so far have left me thinking things like: “I was expecting more from this classic”*; “More interesting than engaging”; “Oh look, Deckard realised he lacks empathy so suspects he might be an android.”*** While I think PKD deserves to be acknowledged as a highly influential author I feel this is mainly for his ideas rather than their execution.

This collection was enjoyable on the ideas front and makes for a good sampler of PKD’s work.

*We Can Remember It For You Wholesale
**The Minority Report
***Really? You don’t know what book that is referring to? Would it help if I quoted some lines from the movie?