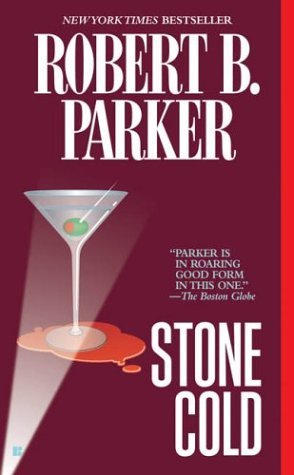 Stone Cold by Robert B. Parker

I wonder if new sex partners actually enjoy being told how much you love your ex?

In the affluent town of Paradise, someone has decided to start killing people. Two shots to the chest. The victims are unconnected and there are no clues for Jesse Stone to investigate. As the pressure mounts, he has to balance the murder investigation against getting justice for the rape of a high school girl, and his love life. Especially when one of Jesse’s sex partners becomes a victim of the serial killer.

I’ve been meaning to read some of Robert B Parker’s novels for quite some time. Parker was regarded as one of the best detective crime novelists in contemporary (American*) fiction, like Michael Connelly or James Lee Burke. I can see the similarities between Parker and Connelly, both having a relatively bleak and realism to their investigative tales. The life of an investigation is important to Parker and Connelly’s narratives, which often involves waiting on the lab results, or going home without having solved the crime, or going on a drive to chase a dead-end – a Connelly staple. Parker tends to pare back the prose, however, which made this feel like quite a short and fast-paced novel.

I’m not sure if Stone Cold is a good representation of Parker’s writing or not, but this was only a serviceable crime novel. Nothing really elevated it above okay to my mind.

*An important caveat that is often left out of these accolades for American authors.