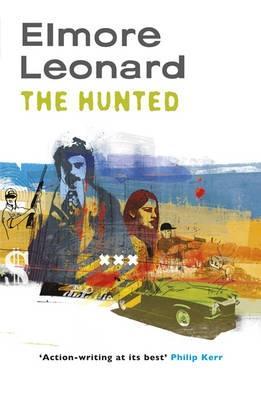 The Hunted by Elmore Leonard

When hiding, try not to get your photo in the newspaper.

Al Rosen is living the dream. He has retired early, he has money, he’s charming and ladies love him, and he’s hiding in Israel from the Detroit mob. An evening with a woman he has just met ends in a hotel fire and his picture in the paper. By the end of the week, a hit team are in the country. But he can’t leave yet, not without his lawyer handing over his money, and his lady friend returning his passport. To survive he’ll need all the help he can get, like the marine Davis.

I don’t think there is any argument that Elmore Leonard was an amazing writer. Pick up anything he wrote and you’ll see it. The writing just flows. The dialogue, to quote one of those stupid pull quotes they stick on the covers of books, just snaps. The Hunted is no exception. I breezed through the book… when I was reading it.

And this is what has left me confused. I’m not exactly sure why I could read this story so easily and yet not find myself compelled to pick it back up. I’ve held off on writing this review because I’ve been expecting an opinion to form at some point.

That leaves me with speculation. I suspect that Leonard’s writing in The Hunted hid a largely uninteresting story. Kinda like a master artist giving your walls a coat of paint. Or maybe my interrupted reading time has pulled me out of the book too often and I’m just not appreciating the story.

To be clear, I’m not saying this is bad or unenjoyable, far from it. I was just expecting more from Leonard, especially considering his skills were on display here.