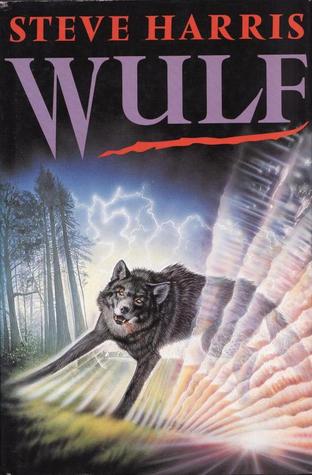 Wulf by Steve Harris
My rating: 3 of 5 stars

Going into the back paddock isn’t normally this bad.

Jame “Heater” Healey has only one dream. Buying a new bike. With an abusive father, no money, and a handful of friends with similar small-town struggles, the only thing that makes him feel good is riding. After the latest in a series of beatings, Heater starts to notice strange things happening in his little country town. He and his friend Ember attend the local harvest festival where things take a turn for the weird. From here on in it is all downhill. Can Heater survive the return of the Wulf?

A couple of years ago I decided to revisit the novel The Hoodoo Man, which I read when I was young. It was just as good as I remembered and felt the need to hunt down the rest of Steve Harris’ books. This was no easy task as the late Steve Harris (born 29 September 1954 in Basingstoke, died 4th October 2016) was one of those talented authors who was just becoming established when his career suddenly ended in the late 90s. Between his publishing house being bought out and the rejection of one of his novels for being too horrifying, his books went out of print and are largely forgotten.

The Wulf was Harris’ second novel and has a similar narrative style to many horror novels. We get introduced to the small rural village of West Waltham and its inhabitants. There are abusive parents, cheating partners, semi-famous philanderers, tree-changers, impoverished jerks, and small-town folk. And in true horror novel form, the supernatural elements that seek to destroy this little corner of the world are only really as bad as the easily corrupted inhabitants living normal lives up until now.

Which is why I’m only giving this novel 3 stars. It is fairly good, if too drawn out, horror novel that doesn’t have quite the impact that I’d been expecting. Of course, reading a horror novel in 2020 is like accidentally hitting your thumb with a hammer and then putting your thumb down on an anvil to make sure the hammer really connects cleanly this time.* So horror fans will probably enjoy this earlier Harris novel.

*My wife called this a heavy-handed metaphor. We’re both very punny.