Lovecraft Country by Matt Ruff
My rating: 4 of 5 stars

Lovecraft Country: where the monsters play second fiddle to the racism.

Atticus Turner’s family has a secret link to the powerful Braithwhite family. The Braithwhites are part of a sect of natural philosophers, and they have designs on Atticus, his family, and his friends. Each of them are playing a part in Caleb Braithwhite’s plan [spoilers]which is, shock-horror, to take over the world… that is to say the USA[/spoilers]. Can Atticus and his kin triumph, even in Jim Crow America’s Lovecraft Country?

I think I was about two chapters in when I remarked how good this book was. Ruff’s weaving together of (US) black history and Lovecraftian themes made for compelling reading. Reading it in 2020 after Black Lives Matter has swept across much of the global north was a timely reminder of how there is still a lot to be done.

It was odd having to remind myself that many of the things in this book actually happened. Okay, I’m not entirely convinced that someone has figured out how to create a portal between worlds, but white people deciding to kill their new black neighbours because they are afraid of the impact on their house value, that was (is??) a thing.

The only real flaws for me was that there were a few sections that felt unnecessary (e.g. Rose’s new job) and that the racism could feel a bit off. This latter point is about how Ruff is telling us all what it was like to be black in America. It is hard for me to judge how accurate the handling of this was, as I’m not old or black enough to really understand, and the same could be said of Ruff. I wonder how historically accurate this story is – the racism, not the secret society of rich white guys using their power and influence to control the world, which is obviously bang on.

I think any flaws can be forgiven thanks to the payoff of the climactic scene. Weaving all of the narrative and thematic elements together for a single dialogue exchange was damned near as good an ending as you could hope for.

Lovecraft Country is well worth reading.

Growing up I was a huge Tintin and Asterix fan. So when I saw this article on artist Muzski’s take on Tintin I just had to share it. 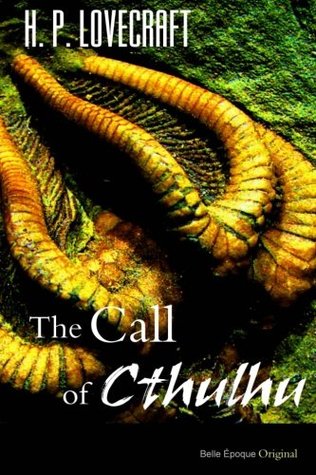 The Call of Cthulhu by H.P. Lovecraft

Francis Thurston starts fossicking through his uncle’s things and discovers some notes and a carving. Fascinated, he searches high and low to uncover the origins of the carving. Soon he is traversing the world to uncover a cult and the being they worship. Things only get better from there on in.

It is hard to review a classic work of fiction. Usually, there are only a few paths open to you:
1) Fawning sycophancy;
2) A belligerent dismissal of the work as rubbish which avoids engaging in anything other than superficial comment;
3) Overly detailed comment and critique that ends up being worthy of a Masters dissertation that no-one will bother reading and just assume you did #2 (i.e. a complete waste of time);
4) A review that is clearly based on having watched the movie adaptation.

The reasons that this is a hugely influential work are clear. The mystery being uncovered with a slow reveal. The dense and subtle narrative. The gradual rise in tension as we come to the realisation. It is also a bleak comment on human existence and our insignificance. But there is also the use of the memoir narrative that appears to have been very popular in speculative fiction in the past. For me, this style removes both the narrator and the reader from the events of the story, which removes much of the tension and emotion.

I feel comfortable saying my rating is “good but not great” because Lovecraft himself described this as a middling effort.

Beneath the Dark Ice by Greig Beck
My rating: 3 of 5 stars

Beneath the Dark Ice was on my Amazon recommendations list for ages. Clearly it ticked a lot of boxes for my likes and being written by a fellow Aussie was another big tick. Needless to say, when I was in a bookstore that hadn’t been swallowed by a bank, I bought a copy.

For anyone who has read James Rollins’ Subterranean, or drowned themselves in HP Lovecraft at any stage in their life, you will see some similar ideas in this techno-thriller. Mix a super soldier and his team, his long time enemy, a band of scientists and a world beneath ours and you have the makings of a fine thriller. I always enjoy playing, “guess who dies next” in these sorts of novels.

So why only 3 stars? Well, I’m not a fan of exposition. Sorry, let me rephrase: you know how everyone loved Steig Larson’s Girl With the Dragon Tattoo? Well I hated it; because I didn’t need the first 50 pages of the book to describe flowers, home renovations and nautical exploits. Greig’s book is fast paced and doesn’t flounder in blocks of boring detail like Larson, but he does use a style of exposition in his writing that I don’t enjoy. Nothing wrong with the story, or the style, just that whilst I enjoyed the story, the style just didn’t do it for me.

This was Greig’s first book, so I expect his work will be ‘tighter’* in the subsequent books (which are rated higher on Goodreads). His super soldier, Alex Hunter, is definitely setup for another adventure. How Greig will top the story in this novel I don’t know though.

*tighter – this is reviewer talk for “I have no idea how to write a book but writers seem to get better at it somehow, I’m assuming magic”.