That’s right, Jack Reacher will be coming to a cinema near you in the adaptation of Lee Child’s One Shot. The film about the big guy with the strong moral compass and the even stronger right hook is all set, with a director, a start date, a script and of course the star: Tom Cruise.

Tom Cruise has agreed to play Reacher in Paramount’s ONE SHOT; filming in Pittsburgh begins on September 27, 2011, which is the same day that Reacher novel #16 THE AFFAIR goes on sale in the US and Canada (Sept 29th is the UK, AU, NZ sale date).

Screenplay is by Christopher McQuarrie (The Usual Suspects, Valkyrie) who will also direct.  The screenplay, from all reports, is truly kick-ass.  The rest of the actors have yet to be cast but we’re hearing rumors that are pretty exciting. Source.

Yes you have read that correctly. Tom Cruise will play Jack Reacher.

Lee is of course in full support of Tom Cruise playing Jack Reacher:

Reacher’s size in the books is a metaphor for an unstoppable force, which Cruise portrays in his own way – Lee Child.

I can’t blame Lee, it isn’t like anyone will complain the movie is better than the book, and he will get paid regardless. Worst case for him is that they make a fantastic movie that generates him millions more fans. So there are three ways this will run: either Tom Cruise will completely own the role and make the fans of the Reacher books forget the 30 centimetre difference in height; or the casting director will cast munchkins in the supporting roles; or the Reacher fans will wish someone else was cast.

Lets go through some of the potential Reachers who have been raised on the interwebz, because despite the decision having already been made there is nothing like documenting the “I told you so” statements for future reference. Of course I’ll delete this post if Cruise pwns all.

Advantages: Box office draw card, his production company bought the film rights, Cruise really needs to look manly in films, has a track history of appearing in good films.
Disadvantages: Short, too pretty, will have to shout at some point in the film regardless of the need to, despite appearing in good films he wasn’t the reason for them being good (Jack Nicolson, A Few Good Men; Dustin Hoffman, Rainman; Cub Gooding Jr, Jerry Maguire; etc).

Advantages: Tall, burly, manly, not too good looking, good looking enough to sell the film, good actor, could actually win a real fight (muay thai fighter), my choice for the role.
Disadvantages: Only had TV roles in shows no-one watched, what the hell do I know about making films. 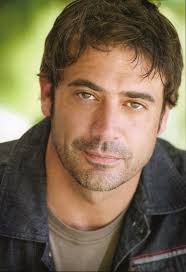 Advantages: Tallish, manly, chicks love him since he was on Grey’s Anatomy.
Disadvantages: Is he the only manly American actor? Can’t we find someone else?

Advantages: Tall, appeared in other blockbusters.
Disadvantages: Budget blowouts would occur due to acting class costs.

Advantages: Not short, has appeared in every other film in the last few years, could actually get aggressive and violent.
Disadvantages: I think it would be good to cast Bale in every film, never a down side to that.

I guess we can only dream. Either way, I’ll be seeing One Shot on the opening weekend.

14 thoughts on “Who will portray Jack Reacher?”