As any Lee Child and Jack Reacher fan knows by now, Tom Cruise is bringing the book One Shot to the big screen. What some may not be aware of is that Hollywood has had a few financial issues of late. They’ve had to scale back productions and advertising. Paramount Pictures didn’t want to cut back on advertising or budget for the Reacher film, so they halved the size of the main character – Jack Reacher 6’5″ 220-250lbs, Tom Cruise 5’7″ 147lbs.

The good news is that Reacher has been bumped up the release schedule and will be coming out in cinemas in December. This should be great for Lee Child fans, especially as A Wanted Man, the new Reacher novel, will have been released a month prior.

Lets hope that they film Cruise from some very low angles, because I want to see Reacher kick some ass! 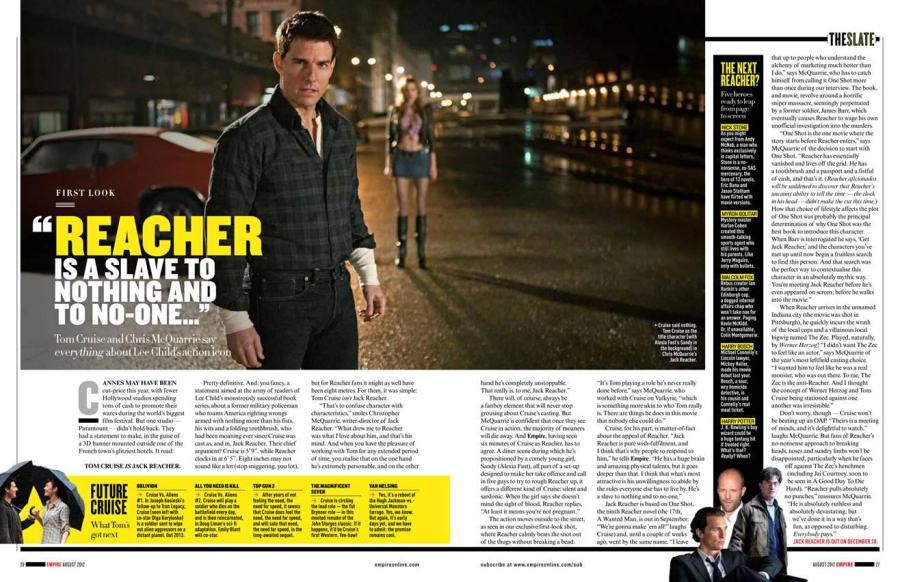