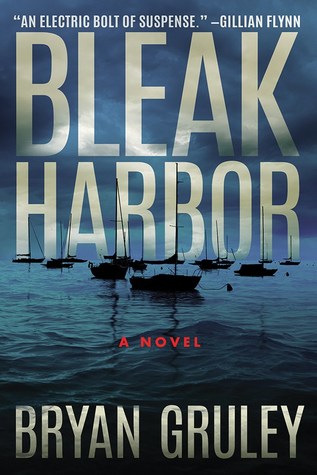 If you received a dollar for everytime someone said “X business is a license to print money” you’d have the first instance of that statement being true.

On the day before the Dragonfly Festival in Bleak Harbor, Danny Peters goes missing. Pete Peters, his stepdad, is having a quick beer after work at his medicinal marijuana shop before he and Danny go fishing when he receives a strange text message. Carey Peters is halfway through her long commute, thinking of her work problems, when she receives the message. At first, they aren’t sure if Danny has run off again or if something more sinister has happened until they receive the photo. But which of their secrets has gotten Danny in trouble?

From the very start, we see that this mystery will be built upon the layers of secrets Danny’s parents have been keeping. The twists and turns this gives us are tightly woven together. Pete and Carey feel like painfully human characters stumbling through life and now stumbling through the disappearance of their son. Danny is a refreshing and interesting portrayal of someone with autism, steering clear of the usual cliches and errors.

But I really did find it hard to engage with this novel. I liked Danny, but Pete and Carey weren’t particularly interesting or charismatic. It is hard to follow along with their trials and tribulations when you just want to slap them and tell them to talk to one another. As a result, it was hard to give this more than three stars despite how well the mystery was structured and the book was written.

I received an advance review copy of this book in exchange for a fair review.