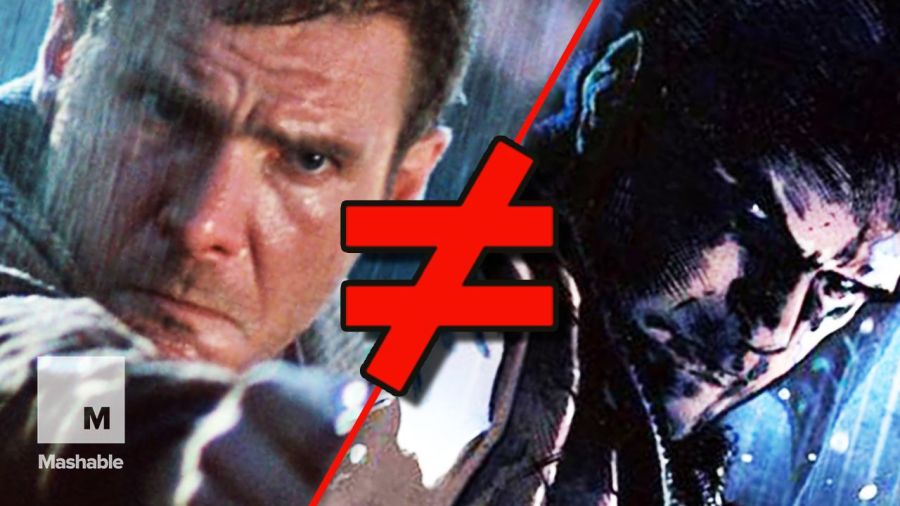 Since Blade Runner 2049 is coming out soon, CineFix have dedicated this month’s What’s the Difference? to breaking down Blade Runner and Do Androids Dream of Electric Sheep?

I can’t remember the first time I watched Blade Runner. I do know that it sucked. So that early experience was of a version of the movie that was about shooting androids rather than about empathising with them. I later watched the director’s cut and the Ridley Scott preferred version and concluded that this was a classic movie. I know, how prescient of me.

The novel, Do Androids Dream of Electric Sheep?, was something I read a long time ago. I have a very poor recollections of it, in fact the only bit I can remember was the section where Deckard hooks himself up to the Voight-Kampff machine. The idea of humans not really being able to empathise with others, that we are just playing a meaningless game of life, whilst other beings would love to be human, is an interesting idea I should probably revisit. I’m sure I’ll get a chance before 2049.

I also read the sequel, Blade Runner: Edge of Human, which was more a sequel to the movie than the book. Again it has been a long time since I read this. I have more memories of borrowing this from the library than I do of reading it. This sequel was a gritty crime noir that was all about hunting down androids, double crosses, and absolutely nothing deep and meaningful.

Blade Runner is a good example of the “inspired by” version of movie adaptation. Very little of the book remains in the film and you could be forgiven for thinking they were unrelated. Yet neither the movie nor the book suffer as a result. Kinda like the Bourne films. And like Bourne, you honestly wonder why they bothered licensing the property when the screenwriters took so little material from the book.

3 thoughts on “Book vs Movie: Blade Runner – What’s the Difference?”