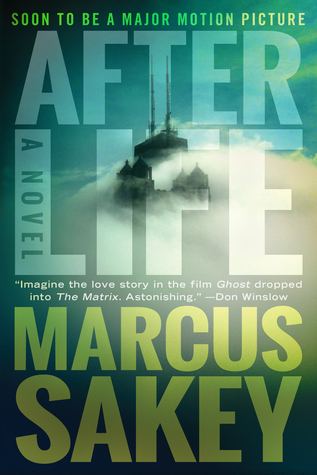 If you kill enough people you become a god. Still makes you a jerk though.

Agents Will Brody and Claire McCoy are hunting a serial killer. But he is unlike any serial killer who has ever come before. He is always a step ahead. He has power. And he has help. I could give more away, but the title gives you the idea.

Afterlife is an intriguing book. The ideas underpinning this supernatural speculative fiction story are as original as you will see. And mixed with this are two interesting characters and their relationship. It hangs together nicely whilst not becoming bogged down with the sort of world-building that spec-fic can bore readers with.

That said, I almost gave up on this book. The first chapter didn’t grab me at all. It isn’t until later in the novel that you understand why that chapter is there at all. Similarly the semi-ambiguous ending may also throw some people given the setup prior to the penultimate chapter. These points, particularly the first one, could discourage people. Normally I don’t say this – since I’m big on giving up on books ASAP to make room for good books – but stick with this for a few chapters. Don’t be put off by the opener, it will make sense soon.

NB: I was provided a review copy of this novel in exchange for an honest review.