Book review: How to Build a Universe by Brian Cox and Robin Ince 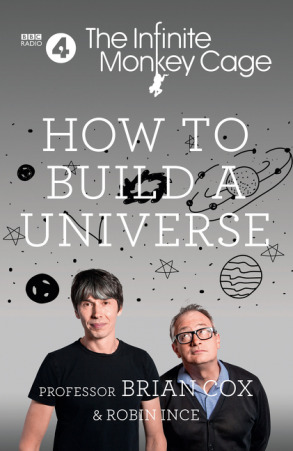 How to Build a Universe: An Infinite Monkey Cage Adventure by Brian Cox

I’m going to bake some chocolate muffins from scratch, so this book should be useful.

Professor Brian Cox, Robin Ince, and Alexandra ‘Sasha’ Feachem are the team behind the popular The Infinite Monkey Cage, a BBC science show that pairs scientists and comedians for laughs and education. From 2009 they have produced +100 shows covering all sorts of topics. This book encapsulates some highlights and essays around their favourite topics and common science communication issues* they have covered in that time.

From the opening forewards to the covering of Schrodinger’s Strawberry I was heartily entertained. As a science nerd and fan of comedy, this book seems to have been written specifically for me. It actually left me feeling a bit annoyed that I haven’t, as yet, listened to The Infinite Monkey Cage show, despite having been aware of it for quite some time. So I guess I’ll be rectifying that soon.

What I like most about this approach to science is that it doesn’t seek to sex up science (or dumb down, depending upon the preferred flavour of marketing), but instead make it accessible and entertaining. There is a line between those two that too often those in the media can’t tell the difference between. Science is interesting, but it is complicated, it is often dry, and communicating scientific knowledge as done here is hard to do.

* Yes, I do mean how people aren’t willing to honestly engage with science, either through pseudoscience co-opting, or denial of evidence, or wanting certainty instead of the probability that science offers.

2 thoughts on “Book review: How to Build a Universe by Brian Cox and Robin Ince”