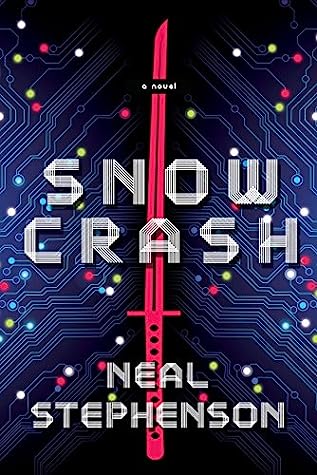 Snow Crash by Neal Stephenson
My rating: 4 of 5 stars

Religion is a mental virus… Going with the uncontroversial plot ideas: 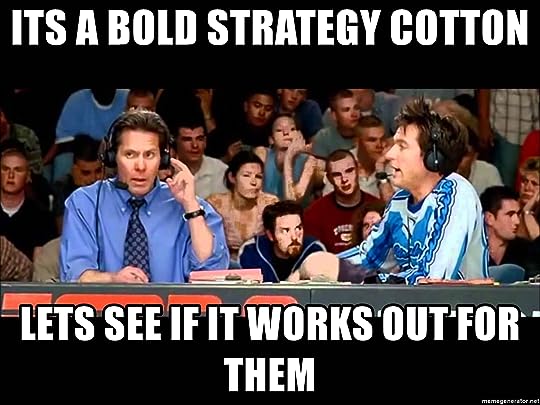 Hiro Protagonist is a pizza delivery boy, hacker, spy, and master swordsman who meets the courier YT during a last-minute delivery. They team up to try and uncover the secret behind a new drug/computer virus called Snow Crash after Hiro’s friend falls foul of it. Between Uncle Enzo’s mafia franchise, Mr Lee’s Greater Hong Kong franchise, and the Reverend Wayne’s Pearly Gates franchise, there is about to be a war for the future of humanity.

I have been meaning to read Snow Crash for over a decade after purchasing a copy cheap in a sale. It was recommended to me in high school and has been off and on my TBR since then. I’m glad I finally read it.

The opening had me hooked. Somewhere in the midst of the frenetic action and heapings of satire was a world that offered some interesting ground to explore. Stephenson’s cyberpunk world of anarcho-capitalism felt ready for something big.

The big thing that Stephenson poured into this world was the idea of language as a program and religion as a virus. As I was reading, this idea was solid and kept the plot going, gave everything stakes, and was pretty satisfying. But now after finishing, I’m left reflecting on the idea and this world.

What was being satirised here? Cyberpunk? Anarcho-capitalism? Or was it just meant to be absurd for a bit of fun? If the latter, why not keep the absurdity going for other aspects of the novel? If either of the former, I’m not sure Snow Crash managed to say anything. And the language as a program idea felt like a huge plot point to just kinda resolve with a wave. Where was the fallout?

In other words, this could have been better.

That said, this was a highly enjoyable novel. I’m glad I finally read it. I’ll have to dive into some other novels from Stephenson.