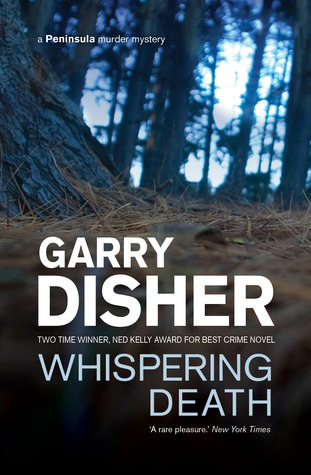 Blood Moon by Garry Disher
My rating: 4 of 5 stars

I’m known for being on the cutting edge, for having my finger on the pulse; for example, I just bought a smart phone. It isn’t really surprising to learn that I’ve only recently discovered Gary Disher’s work, despite him having been an award winning author since before I entered highschool.

The first novel I read of Gary’s was Wyatt, after hearing him speak at the Sydney Writers’ Festival. I enjoyed that novel and now have plenty of good novels to catch up on.

This is my first Challis and Destry novel set in a small seaside town in Victoria Australia. It follows the assaults, rapes, murder and sex lives that keep the local police busy. The intertwining characters and investigations are deftly handled by Gary to give an engaging crime novel.

Wyatt by Garry Disher
My rating: 4 of 5 stars

I can’t believe I’ve been an Australian reader for this long and not read a Garry Disher novel. Sure, I’d heard of him, he’s a perennial favourite of the Australian Crime Thriller awards and community. But it was only his appearance at the Sydney Writers’ Festival – with Shamini Flint and Michael Connelly – that convinced me to buy Wyatt.

Of course I got Garry to sign my copy and dutifully put it on my shelf of “To Be Read” books. I really should have picked it up earlier to read. I should have read more Wyatt novels. I should have read Garry’s other series. Wyatt is crime noir, gritty and fast paced. If that is what strikes your mood then this book should entertain you nicely.