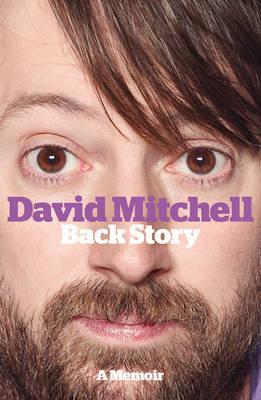 Back Story by David Mitchell
My rating: 5 of 5 stars

There’s no book quite like the autobiography, since they are usually biographies with some poor ghost writer having to make an illiterate celebrity (sportsperson) sound interesting. Odd that I’d decide to read an actual autobiography.

Just so we’re clear, this is a book by David Mitchell the comedian, not David Mitchell the award winning author. David Mitchell is a particularly funny comedian from the UK, one part of the Mitchell and Webb team, and Back Story is his tale of growing up and “getting on the tele”. Listening to the audiobook had the added benefit of David telling his story and giving his various rants and jokes the life they deserved.

That’s right, this book is funny from start to finish. Many comedic efforts fail to do this, either trying to squeeze too much out of a one joke premise, failing to be consistent, or having the jokes become tired – more of the same – somewhere in the middle of the book. Ostensibly told as David walks to work one morning, and recounting his life thus far, he manages to pack in a lot of commentary about schooling, university drama societies (Footlights), and the oddities of making shows for TV. And in true David Mitchell style there are plenty of witty insights, comedic rants, and down the barrel jokes to tell the tales.

I generally think that celebrity biographies are symptomatic of what is wrong with publishing and book stores. Someone has gone to a lot of effort to convince the reading public that these celebrities actually wrote the book (because they have heaps of spare time, and are well known for their writing prowess) and that they have something interesting to tell you that the tabloids haven’t already used as filler around those telephoto swimsuit shots. They’ve even managed to convince people that this is what you buy people as gifts, especially Xmas gifts for your dad. I don’t know if this was a big campaign or just one of those things that happened, but it would be great if people could stop pretending that sports people are interesting, are literate, and are actually writing a tell-all-book.

It is probably because David Mitchell is clearly the writer of this book, that the humour and the story told are entertaining yet honest, that I’ve enjoyed this autobiography. Too often in the past I’ve been disappointed with biographies and comedy books, so this was not just a good read, it was refreshingly good.

One thought on “Book review: Back Story by David Mitchell”