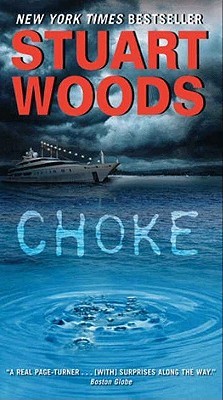 Given the title, you’d think at least one person would be strangled in this story.

Former Wimbledon contender and now tennis club pro, Chuck Chandler, has moved to Key West after sleeping with the wrong person’s wife. Learning from his recent lesson, he starts sleeping with someone else’s wife. This does not end well and he’s soon in the frame for murder. A retired NYC homicide detective, Tommy Sculley, is seeing out his days as the Key West detective training a local rookie. He thinks there is more to this murder than Chuck’s philandering would suggest. A lot more.

In my efforts to explore my local library’s offerings, I came across NYT Bestselling Author Stuart Woods. I didn’t really have any expectations and was rewarded with as much. The twist was something I figured out before the first murder. Admittedly, I didn’t pick the entirety of the finale, but those extra details were window dressing. Figuring out the twist that early would have been fine if the rest of the novel was more compelling, but it just wasn’t. An example of this is that the two main characters – Chuck and Tommy – aren’t particularly interesting. How can you make a philandering tennis pro boring?

To summarise, Choke was only okay. It was just interesting enough to keep you reading but once you’ve finished you can’t think of anything noteworthy about it. Well, except that the local tennis pro is probably trying to have sex with your wife.