Great Minds of the Eastern Intellectual Tradition by Grant Hardy 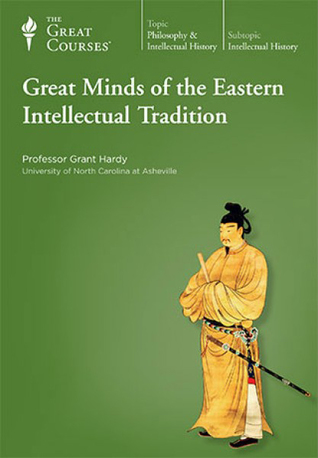 Great Minds of the Eastern Intellectual Tradition by Grant Hardy

The Great Minds of the Eastern Intellectual Tradition is a 36 lecture course covering the influential philosophers and thinkers of India, China, Korea, and Japan. Much like the Western version of this series, the aim is to give a brief overview and insight into a range of people and intellectual schools stretching from the ancient times to the modern-day.

Unlike the western version, Hardy is the sole lecturer for this course. That is both a strength and a weakness. Where the other course had some ups and downs in the quality of lectures, Hardy was consistent and maintained a throughline for the series. But it also meant you weren’t presented with a singular expert on any of the topics to offer a range of perspectives and insights. In this way, the material felt a little more shallow.

The strength of this series is the general overview of the Eastern philosophical, religious, and intellectual history. Hardy also recommended some texts (aside from the included course notes) to help with further study. This course is well worth undertaking as a general overview.

From the course overview:
When compared with the West, Eastern philosophical thought is much more inextricably linked with spiritual concepts and beliefs. To help you make sense of the unfamiliar nature of Eastern philosophy and its strong ties with spirituality, Professor Hardy has organized this course into four basic parts.

Throughout your chronological journey, you’ll spend a majority of time among the three major countries that form the core of the Eastern intellectual tradition, exploring their unique philosophical themes and spiritual paths.