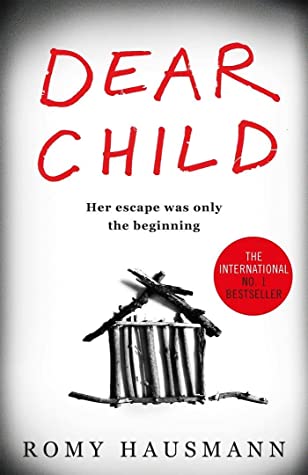 Dear Child by Romy Hausmann
My rating: 3 of 5 stars

I imagine lion voice is pretty much speaking like Aslan.

For 13 years, Matthias and Karin have been desperate to find their daughter Lena. Then one evening, their estranged friend and local detective phones with news. A woman matching their missing daughter’s description has just been hit by a car and is in hospital. But the woman isn’t Lena. The young girl with her, however, is definitely their granddaughter. How can that be? Where has this woman and their grandchildren been all these years? And where is Lena?

When I read the blurb for this novel I was immediately interested. Normally these sorts of mystery stories (they call it a thriller, but it is a crime-mystery) are all about finding the missing girl. This novel starts after she has been found. Interesting take.

As you can imagine, a large part of the story deals with trying to piece together what happened as the victims try to process their trauma. The police are trying to figure out identities and piece together the evidence. The grand/parents (primarily Matthias) are still trying to push the investigation. The children are trying to process being out of their regimented cabin life. And the rescued Jasmin (not Lena), having escaped her tormentor, is still haunted by her experience.

After finishing Dear Child I wasn’t quite sure what I thought of it. The initial premise and first few chapters really grabbed me. The story is very well written and feels like the recounting of actual events. And similarly, the ending is great and offers catharsis to the story and characters. But I think the middle only really served to keep those two sections apart. So much of the mystery and events of the story are driven by characters doing stupid things. Sure, that also makes it feel human and real, but at some point it stops being how that character would behave and more of a contrivance. I wanted things to progress, not get bogged down.

Or to put it another way: I felt the story needed less Matthias and more Hannah (the daughter of Lena). Having her perspective for the story would have kept the mystery interesting and buried. It would have also kept Matthias from being the annoying speed-hump in the story.*

I can see this novel appealing to the psychological thriller audience. But for me, I can’t give Dear Child more than 3 stars. It’s a good book, but probably not exactly my cup of tea.

I received a review copy of Dear Child in exchange for an honest review.

* In fairness, Matthias’ actions are completely understandable and well-drawn. He isn’t a bad character but he is annoying, deliberately so.