A few years ago I saw a fantastic talk from Hans Rosling about the world and statistics. Okay, I probably lost a few people by implying statistics are fantastic, and now I’ll lose some more by saying statistics ARE fantastic. Unfortunately, Hans is no longer with us, but his son and daughter-in-law – Ola and Anna – are continuing his work with Gap Minder.

Recently they released the results of their 2017 survey of world knowledge. After looking at the results they decided to call it the Misconception Study.* You’ll see why.

That’s right, less than chance. People really don’t know that much about the world. 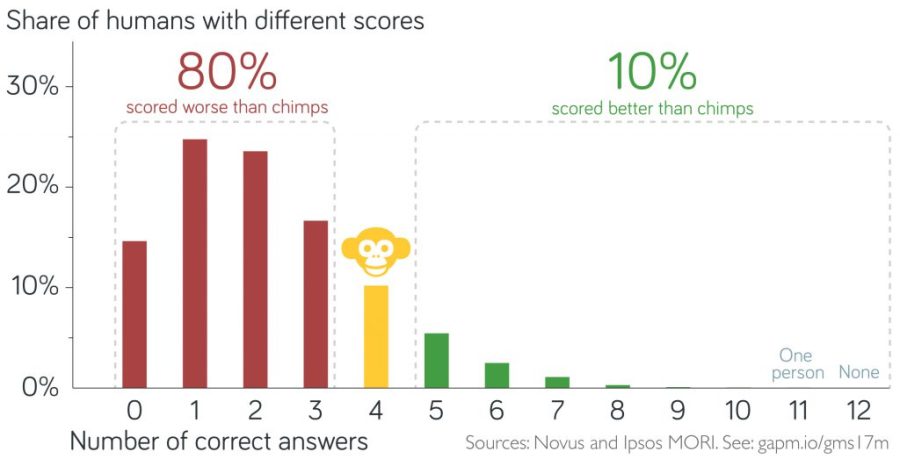 Do you think you could do better? Well, find out! Take the 2018 quiz here. Of course, this is the part where I say that I passed the test. Humble-brag. But in fairness, as I’ve already mentioned, I’ve been following Gap Minder and I like statistics.

Could you pass the test?

*They probably called it that prior, but I’m making a point here, dammit!