This instalment of CineFix’s What’s The Difference? covers one of my favourite books: The Martian by Andy Weir.

As you can see from the breakdown, the film was a very faithful adaptation of the book. I thought the casting was spot on – can you believe some people didn’t think Matt Damon could get Watney’s tone right? – and they didn’t dumb anything down. Probably why I enjoyed both the book and the movie so much.

For me the main difference I noticed was the curtailing of some struggles in order to serve the larger plot and not have a 3 hour run-time. The continuous stream of problems that Watney had to McGyver his way out of really brought the “science the shit out of this” aspect to the fore. Most notable was the rover crash after the sandstorm. But for the movie you can see why they would cut that scene: it would have taken a fair bit of screen time, it would have detracted/distracted from the build-up to the big finish, and they’d probably have been tempted to go all Michael Bay with the crash. Car crashes have to explode: movie rule.

So if you haven’t read the book or watched the movie, do both ASAP. 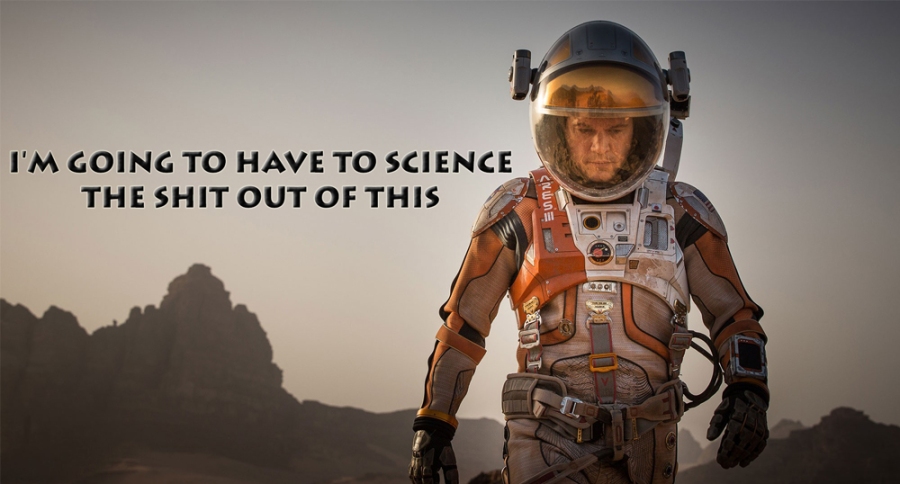 One thought on “Book to Movie: The Martian – What’s The Difference?”