The article itself was a fairly standard call for greater diversity in school texts. It’s an old discussion that is apparently taking a fair bit of time to leak through to the sorts of people who follow The Conversation to post opinionated comments but don’t read their articles. I’ve covered it here with the worthiness, important books, snobbery, guilty pleasures arguments and the PBS It’s Lit series (particularly this episode).

The basic gist of the article is that it would be really nice if some of the additions to the school book list were actually being taught to kids. We’re still seeing the same old “favourites” being taught, mainly because they’ve always been taught so there are plenty of SparkNotes on them. 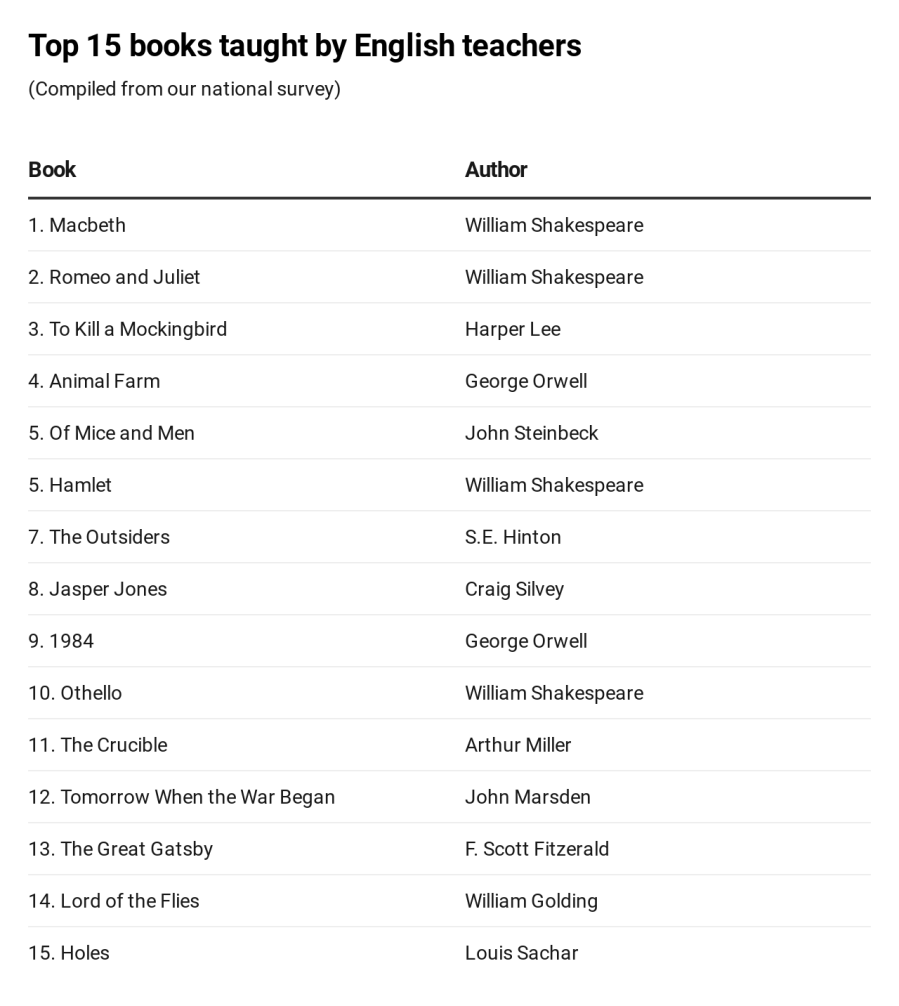 The audacious dream is to expose kids to more authors, diversity of texts, and some of the other great books that weren’t written by a dude wearing a ruff. I’d hope that this more diverse array of texts will inspire a lifelong love of reading by showing kids that there is more to reading than a couple of 400-year-old plays and some poetry that even poets regard as pretentious.

What was interesting was the response on social media and in the comments.

There aren’t any great female and people of colour authors!! I’d have learned about them in school if there were!! Stop being racist and sexist against white men!!

Arguments like this are, of course, said without a hint of irony.*

These arguments are always frustrating. The traditionalism argument about how great these authors are ignores how those texts make it onto the syllabus in the first place and that literally no one wants to take them off anyway. It also feeds into the larger problem of Book Wardens, who suck all the fun out of reading. I want to make a joke about crusty old vampires ruining reading, but they sparkle now, so they’d make it fabulous.

There is also the reactionary culture warrior aspect to this argument. Quick, someone who knows more about this subject suggested we make a change for the better: Man the keyboards, all caps the objections, haul out the canards!

These brave warriors are the last defenders against those evil thinkers and knowers. Only they can protect society from people who would dare to acknowledge there are other decent books worth reading.

In some respects, they remind me of the Literati who bravely defend Fort Literature from the invading hordes of the Lesser Works. As I’ve pointed out previously, the origins of what we call literature versus genre have their origins in the class divide during the Industrial Revolution. Workers got to read one type of magazine, whilst richer managers (but not the capitalists) got a fancier magazine. The stories that were published in the fancier magazines became literary, whilst the rest was genre. So it is quite literally the snobbery of class divides deciding what is literary.

These reactionary culture warriors aren’t necessarily siding with the Literarti so much as reinforcing the status quo. They like the nice ye-old definition of literary and artistic merit we often operate under in society. But it isn’t a good definition as it is more about what a certain group of people like. And that certain group holds the power, which the reactionary culture warriors need to defend at all costs!**

Maybe if these warriors (and literati) were to actually read some of the other great books they might learn something.

* Said on the internet, the greatest information resource in history, no less. But worse, the article and people like myself were pointing out the problems with their arguments. It’s like trying to lead a horse to a glue factory and they are refusing to acknowledge they were too slow for racing.

** The reason why is interesting. For some, it is just about “change bad”. For some, it is about pwning the libs, which as far as I can tell appears to be anyone who has read a book since high school. For others, it is about sucking up to those with power or influence in the hopes they will be rewarded in some way. This seems like an odd position to take given the topic at hand, but it has to be about the only time I’ve seen an Arts Professor lauded for their support of (insert classic literary text here). We live in strange times.

One thought on “School Literature”