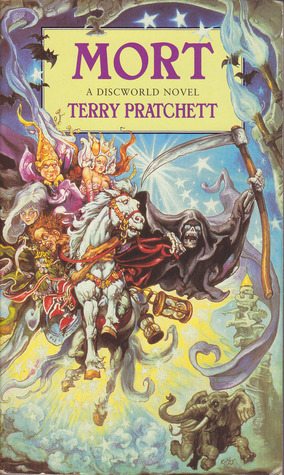 I’m not going to make a joke about learning a trade being a killer idea.

Mort is a tall skinny kid who just wants to know how the world works. Death has been flat out since the beginning of time. So when Mort’s dad decides it is time for him to learn a trade, Death offers him an apprenticeship to help cover some of the work. Hopefully, Mort doesn’t mess it up.

I quite like Death. As in the character. Death and his granddaughter Susan are two of my favourite Discworld characters. So it was definitely time to read the earlier Death instalments in the series. Worth it!

I was only a few pages into Mort when I found myself chuckling. Out loud. Normally I can keep that stuff to myself. But I couldn’t help it.

There doesn’t need to be much more said than that. Entertaining and chuckle out loud funny.