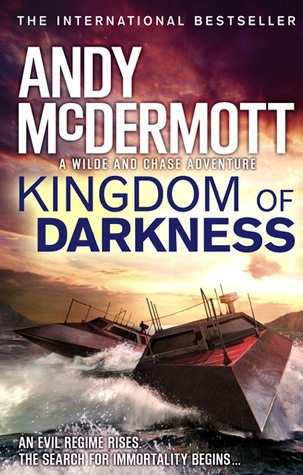 Kingdom of Darkness by Andy McDermott

Far fetched idea of 2014: Nazis coming back to take over the world.
Me in 2020: That’s pretty plausible.

After Nina and Eddie’s previous adventure, they had decided to spend more time together and travel the world. They stop by in LA to visit some friends when a young man tries to hand Nina some documents. He is promptly shot by someone. And so begins the latest adventure to discover how a buried secret could help bring about an everlasting New-Riech.

The book I read before Kingdom of Darkness was a little bit too emotionally intense to read at the time. So I looked over my stack of To-Be-Read novels and looked for something more fun. There were a lot of crime novels, some heavy themed fantasy, a pile of horror, and then there was Andy McDermott’s book. Note to self: more diversity of novels.

This was exactly the sort of fun adventure I needed. Andy is very consistent in his books, providing plenty of thrills, plenty of implausible scenarios that somehow work, and a bit of humour. The only thing that tugged at my brain was the Nazi = Evil points, which are overly simplistic and lazy. It kinda works for a thriller where the antagonist is meant to be bad because they are bad and have facial scars. But I wish it was a little more fleshed out.

I guess I’ll be needing some more of Andy’s books to read.

Sidenote: the boats on the cover literally feature for a page in the novel. More time is spent rock climbing, car chasing in a stretch Hummer, and fighting on a moving train. Why boats!? 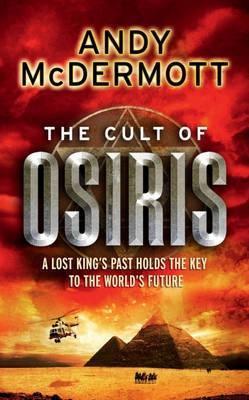 The Cult of Osiris by Andy McDermott

M: Is there anything you haven’t blown up?
N&E: Pyramids.
M: Wanna go to Eygpt?

After their last adventure, Nina has been disgraced and is out of work, while Eddie is playing bodyguard to entitled movie stars. Things are looking depressing until an undergraduate on a dig in Eygpt sees something she shouldn’t have and turns to Nina for help. In no time at all, they are all running for their lives from a dangerous new cult. What secrets does the dig hold that is worth killing for?

It’s been two years since my last Nina and Eddie adventure. I commented in that review how comforting it is to slip back into one of these novels. Andy manages to combine outlandish action, ridiculous plots, larger than life bad guys, a spot of humour, and manages to keep you on the edge of your seat. Many try to do this and fail. Andy manages to do it with the amp cranked to eleven.

The Cult of Osiris was very much like that experience. It was exactly the right kind of fun I needed. This was one of several Andy McDermott novels I bought to fill in the instalments I’ve missed. It was interesting to come back to an earlier adventure after having read several later ones. Artefact-McGuffin-Adventure novels are hard to do this well, but every Nina and Eddie adventure has managed to be extremely fun to read.

Good thing I have some more on my shelf to read. 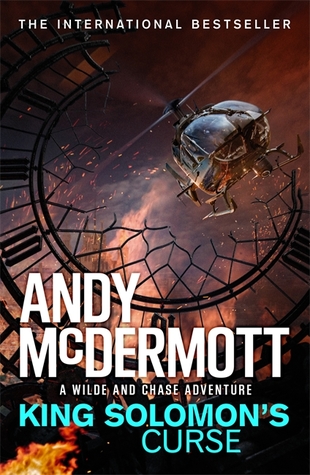 Do lost cities get social media pages when they are discovered so archaeologists can check-in?

Nina and Eddie are again inexplicably searching for the lost relics of myth and legend. This time King Solomon’s lost treasures – which have previously not turned up, because reasons – are the McGuffins that could fall into the wrong hands. What could possibly go wrong with a post-Brexit rogue MI6 (SIS) spy and a Congolese warlord hot on your tail?

It has been a while since I’ve read a Nina Wilde and Eddie Chase adventure. The last Andy McDermott novel I read was the excellent Persona Protocol. Slipping back into the cozy comfort of a Nina and Eddie novel wasn’t just welcoming but reminded me I’ve missed this. Implausible and over-the-top is something very few authors manage to keep interesting, but Andy does it with ease. I hope Andy doesn’t start phoning these Artefact McGuffin Adventures in, I’m looking forward to reading more.

Temple Of The Gods by Andy McDermott
My rating: 5 of 5 stars

Ridiculously fast paced action, check. Plot that squirms and worms its way along as fast as the action, check. Nina and Eddie blowing up everything they come across, check. Must be another adventure by Andy McDermott.

In my book Andy McDermott and Matthew Reilly are the kings of fast paced action novels. There is no stone left unthrown, no ancient monument left intact, no bad guys die peacefully: brilliant! Of course this style of novel is not for everyone, especially if you have a pacemaker or take beta-blockers. Some people like to read literature, so there is no accounting for taste.

I have unfortunately missed the previous installment in the series, Empire of Gold, jumping straight from The Sacred Vault. This didn’t affect my enjoyment, but there is reference to past adventures throughout in the plot, so it is best to read the series in order. The cadre of evil billionaires are back again, something the world never seems to run out of for some reason, causing more trouble in their quest to dominate. If you take a close look you will recognise who the people are based upon, Gina Rhinehart and the Koch brothers being alluded to as evil: who’d have thunk?