Ever since Spielberg made us scared of seeing any more Indiana Jones films, people have felt better about blaming him for the hysteria around sharks. 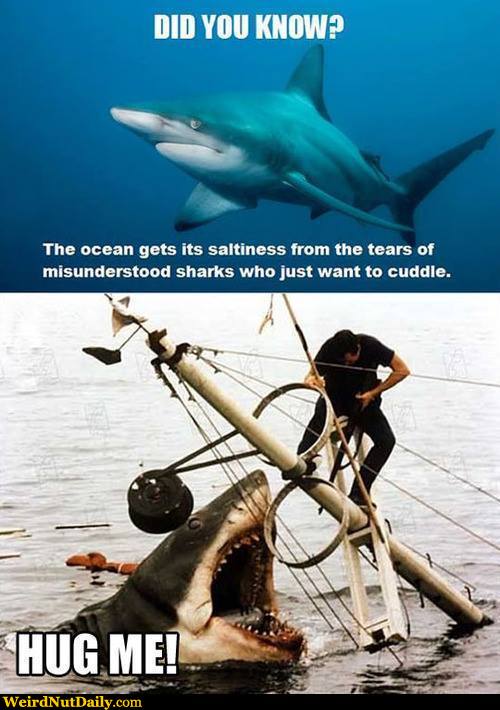 Recently in my home state of Western Australia there has been a decision made to cull sharks because some people have been killed by them. Clearly we should blame sharks for just wanting a hug and not humans for dressing up like shark food. This is a stupid decision and I’m about to outline why we can’t even tell if there have been more shark deaths, let alone whether a cull would actually work, let alone whether you’d know if the cull does anything. It all comes down to statistics. Well, that and media beat-ups to sell advertising space.

You’d honestly think that there had been a change in the number of people dying in Australia from shark attacks in order to justify a shark cull. Well, the official stats show there hasn’t been an increase in deaths from shark attacks. In fact the deaths are so low the noise around the long term average of 1.38 deaths per annum (2000-2012), that any increase or decrease in deaths are impossible to assign any significance to (see chart below). Three deaths in a year (2000): could be an anomaly. Zero deaths the year after (2001): likely to be regression to the mean. Number of deaths from the most ferocious animal on the planet: bees; 10 per year.

Now this is interesting for the world and Australia, as it appears that despite our best efforts as humans, sharks aren’t taking revenge for the 100 million of them we kill each year. But this is about a shark cull in Western Australia: what’s happening there? Well, these tables say it all really:

Western Australia accounts for ~13% of shark attack deaths. When we look at 2012 data we see that WA is having a greater proportion of the Australian attacks and accounts for all the fatalities in Australia. The terms “bigger population”, “longer coastline”, “more cashed up bogans“ come to mind.

So there is no actual proof that there are any more deaths occurring from shark attacks, definitely no trend toward more deaths, but a significant increase in the number of media reports on those deaths (citation needed). Even on a state by state basis there isn’t any death trend. But there is a trend towards more shark incidents. What we are actually seeing is an increase in the number of people dressing up like seals/shark food (scuba divers and surfers).

Circumstances affecting shark / human interactions:
The number of shark-human interactions occurring in a given year correlates with human population increases and the amount of time humans spend in the shark’s environment. As Australia’s population continues to increase and interest in aquatic recreation rises, it would realistically be expected that there will be an increase in the number of shark encounters.

There is no real reason to have a shark cull. We already kill 100 million of the things annually anyway. What we actually need to do is look at where the sharks are looking for food, has their food moved, if so due to what, and are we seeing less shark food available such that sharks are looking for alternate foods. The shark cull with drum lines and nets is actually likely to kill off dolphins, turtles, rays, and endangered shark species, which is why fisheries researchers don’t support the cull.

Update: I neglected to mention that other states in Australia have been using baiting and nets, in the case of Queensland, since 1962, and since 1937 in New South Wales. Reports are not complimentary of the Queensland nor New South Wales programs. To quote:

And (okay, I’ve cherry picked this a bit, read the whole report on how we are overfishing, killing shitloads of sharks, destroying the fisheries and adding baiting on top of this):

The main pressures on grey nurse sharks appear to be fishing activities and shark control programs……. The biological susceptibility of sharks to over fishing, evidence for increasing fishing pressure and lack of information have given rise to increasing concern about the sharks and rays of the Reef.

Essentially shark baiting, whilst paling in comparison to the 100 million sharks killed for their fins annually, is another pressure that endangered species don’t need. Especially when the baiting is still killing other endangered animals, not just sharks.