This is the first video in the CineFix series of Book vs. Movie differences. David Morrell enjoyed it, so you probably will too. 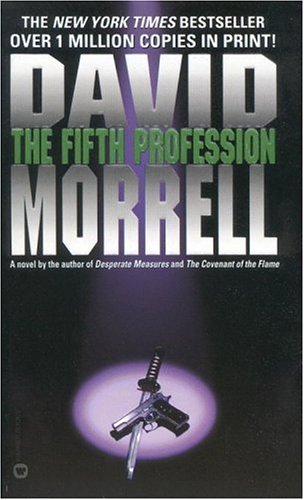 The Fifth Profession by David Morrell
My rating: 4 of 5 stars

A lot of thrillers take you from point A to point B very efficiently to the point of cliche. Some authors even churn out the same book dozens of times in this manner. The thing that keeps you coming back is the the taut writing, thrills and cool escapism. The strength of The Fifth Profession is that it starts with the standard thriller plot setup and then eschews that for a different plot entirely. It makes the entire story novel. See what I did there?

There are some annoying aspects to Morrell’s novel. David has a habit of hammering certain points and descriptions at the reader, to the point I started assuming everyone had “karate” calloused hands. To some people this could be annoying and enough to throw the book against a wall – which I wouldn’t be doing this since I read this on my iPad. To others the plotting and pacing will keep you entertained, as it did with me. 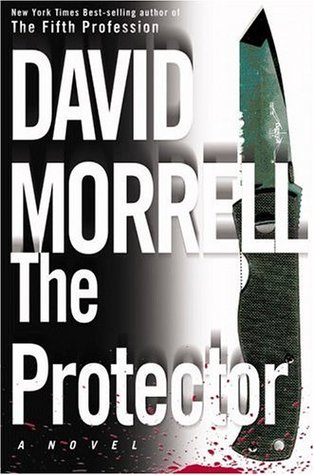 The Protector by David Morrell
My rating: 4 of 5 stars

It surprises me just a little that I only just discovered David Morrell’s books. He writes thrillers, he’s been doing so since before I was born, yet I’d never heard of him, let alone realised he was the brains behind the Rambo franchise…. Okay, that latter point is not a huge selling point, unless you like seeing people sawn in half with a machine gun for the final act of a movie (Hint: my answer is yes).

In The Protector we have a protective services operator, Cavanaugh, protecting a client, Prescott, from two groups who want Prescott dead… Guess where the idea for the novel’s title came from. Of course there is more to Prescott than it first appears, the groups after him are highly resourced, and the straight forward protection assignment goes sideways. Car chases, gun fights, black helicopters, several fires and a knife fight for good measure: you know, thriller.

This book moves at a cracking pace and was very entertaining. I’m definitely checking out more of David’s novels.