I read a blog post recently that suggested it is a good idea to make your email address publicly available on your webpage (and elsewhere). This is a great idea. The blog author listed 4 reasons, so I’ll list another 4.

How will SEO marketers contact you without your email?
Except via the comments and domain registry information.

Nigerian Royalty could be trying to contact you.
I hear they need to give away money to people they don’t know.

Because there is no such thing as social media and direct messaging.
I mean, who even has a Twitter, Facebook, LinkedIn, Tumblr, Google+, etc, account these days? And there are definitely no features that allow you to privately contact the person via those mediums.

At the end of a day of writing you don’t feel like stabbing yourself in the eye with a pencil.

Writing can be done at any time, rather than nine till five, which is much better suited to sleeping.

Dressing for work is optional. And I mean optional.

Work shoes don’t have to have a safety rating or glossy shine, they only have to be wool lined and comfy.

If you spend all of the money your boss gives you and fail to complete your job on time, nobody is really that surprised.

All of that wasted time on the internet is “research”. 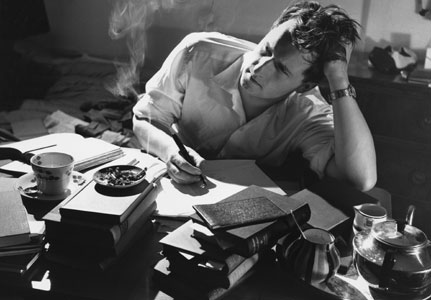 Drinking on the job is mandatory rather than discouraged.

Emailing, Facebooking, tweeting and blogging are important networking, not procrastination.

Shaving is no longer a daily chore, it is a sign you are going out in public for a change.

Work colleagues are people you only see at festivals, or chat to on Facebook when you can’t be bothered working.

The arrival of the mail is a daily highlight, rather than something you check for as you arrive home.

In internet terms I’m somewhat of a noob. I was late to Facebook, I held out on joining message boards and forums, I even had a personal campaign to avoid the vapidness of Twitter. Now, of course, I am happy to admit that I was wrong. Social media is awesome.

There are some down sides of course. I’m not a huge fan of the salespeople posing as real people on Twitter, Facebook, Goodreads, and the various forums I frequent. There are only so many times per day that I need to be told that my penis is not big enough, that I could be making money on Twitter by being a douche, or that someone I’ve never conversed with has a book for sale.

What I love about social media is the friends I’ve made, the great conversations I’ve had and all the catching up I’ve managed to do with friends I don’t get to see regularly. I have just joined Linkedin and discovered a friend of mine has two start up companies (check them out: http://www.cockjox.com/ http://tidyclub.com/). How would I have found that out between now and the next time we catch up for a beer?

Anyway, you can join me on the links below. We can chat, I’ll be funny, quote some science and talk books.