Book vs Movie: 10 Things I Hate About You – What’s the Difference? 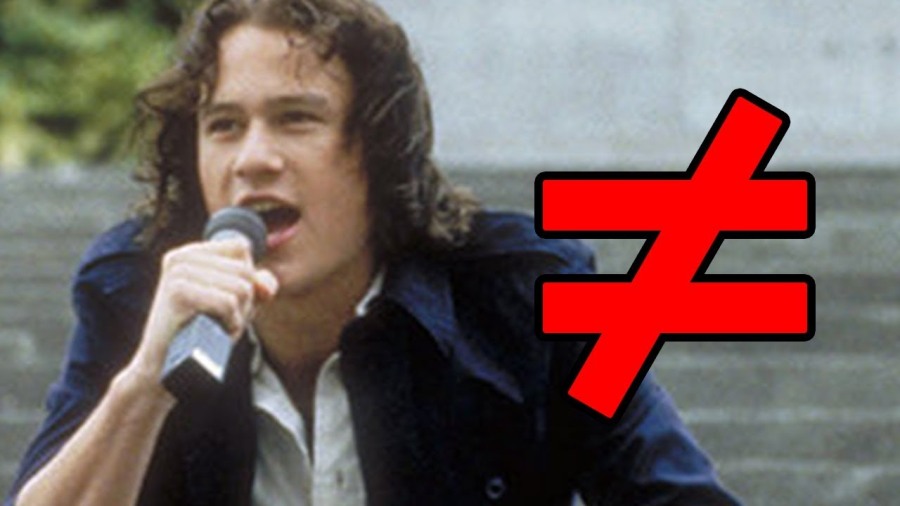 Do you love Shakespeare and 90s teen romantic comedies? If the answer is no… Well, you’ll probably hate this month’s What’s the Difference? from Cinefix on 10 Things I Hate About You. This is probably not the blog post for you. Maybe read one of my other posts.

And who hates Shakespeare anyway?

Is it just because they forced you to read his plays in school?

Because his stuff is worth revisiting.

I have to confess that I’m not a fan of the original Shakespeare play, Taming of the Shrew. For me, it has not dated well. But I am a firm fan of the adaptation, 10 Things I Hate About You.

For me, this is where adaptations shine. A contemporary adaptation of older works can not only offer novel takes on the original story, but they can also cut the dated material. I’m not sure too many contemporary romance stories would appeal to an audience if the women were essentially treated as property.

Another thing I enjoyed about this adaptation was seeing Heath Ledger in his first major film role since seeing him in his first play – Peter Pan – several years earlier. It was exciting to see him make that successful career transition.