This month’s What’s the Difference from Cinefix compares the book sequel written because the movie adaptation was successful and the director wanted more source material to ignore. Jurassic Park: The Lost World.

Honestly, I can never keep it straight in my head which parts of the novels ended up in which movie. As mentioned in the video, the opening scene of The Lost World was actually from the first book. There are other examples, like the “birdcage” scene in one of the other movies was in the first book… I think.

One thing is for certain: Spielberg knows how to make a film. He knows how to build tension, he knows how to establish sights, sounds, and characters so that sequences hang together, and he knows not to have a talking dinosaur in an aeroplane.

But The Lost World is an example of one the worst reasons you write or film a sequel: because the first one was successful. I don’t know exactly what Spielberg’s motivations were for the sequel – maybe he was under contract, maybe he needed a new wing on his house – but the film was dull. It was trying to recapture the lightning bottled in the first film. The same can be said of the book. Crichton didn’t originally want to write a sequel and was only convinced by Spielberg saying  that he would be keen to direct a movie adaptation of the sequel if one were written.

I’m on record as not being much of a fan of Michael Crichton’s books. He has a tendency to write solid thrillers that act as vehicles for anti-science rants by a raisonneur or mouthpiece. There is nothing wrong with doing this, per se, but science is awesome, so make sure your criticism is on point. Or don’t, depending on whether you want to impress me or someone who thinks chakras are a thing.

Needless to say, I was a fan of the first film, less so the book. The sequels… Put it this way, I haven’t bothered watching the new ones starring Chris Pratt yet.

This is the third* video in the CineFix series of Book vs. Movie differences. Well worth a watch.

* Yes, I’m skipping the second video because I haven’t read The Walking Dead comics and gave up on the TV show after spending half-a-boring season on that f@#$ing farm. 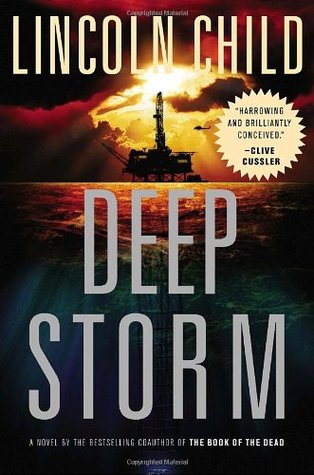 I’m about to start rewrites on my first novel – Overturned Stones – after receiving feedback from a few people. The feedback has been very positive and it appears that even people who wouldn’t normally read thrillers loved the book.

Of course there are changes needed. A first draft always needs a second draft. One thing that a reviewer didn’t like was my disclaimer. Obviously I wrote the disclaimer below when I had intended to self-publish the novel. I’ve since reassessed that idea, thinking that my novel would fit in with what publishers are looking for, so I might as well see if they are interested. Anyway, the reviewer didn’t think I was taking the disclaimer seriously enough:

I’d like to point out that this work is entirely fictional. Where possible I have tried to be as vague and inaccurate as possible so as not to have anything I’ve written be misconstrued as being related to any person or organisation that exists in reality land. If I have inexplicably managed to use a real person’s or organisation’s name or allusions that would suggest it could be them, then it was entirely unintentional and I hope that you get over it. If I have offended you, or anyone you know, with my written word, you can send a stamped self-addressed envelope to me and I will send, via return mail, 30 cents for you to call and complain to someone who cares.

As the recent Oatmeal debacle shows, some people, mainly lawyers, take things far too seriously. The fact that we need disclaimers for fictional work, let alone that they are serious, shows that people have very thin skins. Obviously we have people, like Michael Crichton, who blithely ignore Wheaton’s Law and hide behind the label of fiction to be insulting to real people and organisations. But those people are jerks, we’re meant to ignore them. The rest of the time we need to have a sense of humour and enjoy fiction, especially since it isn’t real.

Jurassic Park by Michael Crichton
My rating: 3 of 5 stars

Is Michael Crichton always this preachy?

This is the second Crichton thriller I have read and the second time I have come away noticing his anti-science rants and preachy tone. This time the anti-science diatribe was delivered by the character of Malcolm, who only seems to be in the book for his chapter long anti-science rant. I’ve heard Crichton is even worse with this novel State of Fear.

So you can see that I was less than impressed with Crichton again. The book was entertaining, but from this scientist’s point of view, Crichton should have spent more time writing and less time preaching.

Also, before anyone comments, yes, I am aware that this is fiction. The perils of scientific meddling have always been the cornerstone of sci-fi and techno-thrillers. There is a difference between the “what if” fictional supposition and the “look at my reference list and opinions spouted as facts” tact Crichton uses. Fiction is meant to be fun, not didactic.