Do you have trouble visualising where the various fields of science and maths sit?

Would you like to visualise all the fields in relation to one another?

It’s a lonely life being a science nerd.

But I’m still going to share this really cool series of infographics that come from Dominic Walliman. He developed them as part of his Youtube science channel.

Check out the videos related to the infographics below! 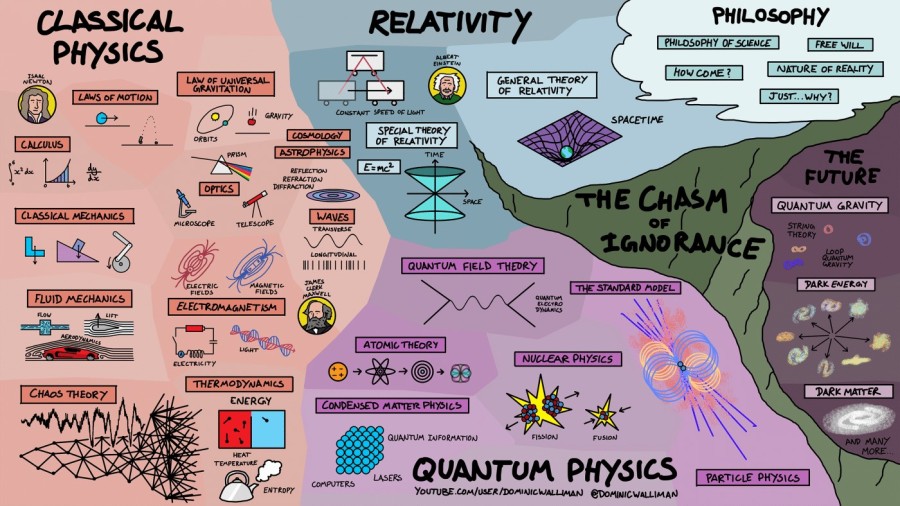 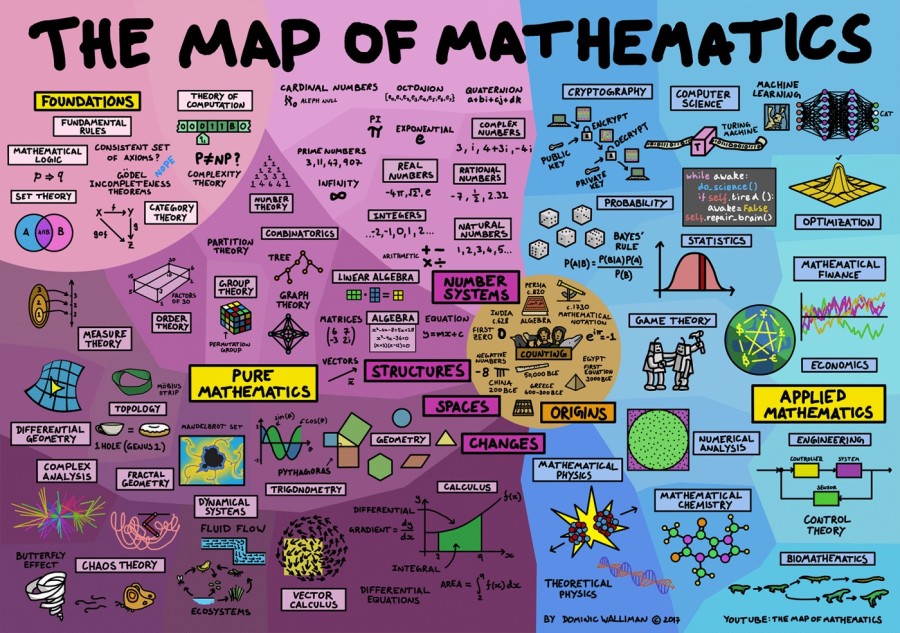 From Jack Milgram at Custom Writing.

The reason so many of the stories we know and love feel familiar is because of one of the most popular narrative structures writers like to use. The Hero’s Journey is explained below using Harry Potter, Star Wars, The Matrix, Spiderman, The Lion King, and The Lord of the Rings. Worth also seeing how this structure fits into the 6 Story Arcs.

Did you realise the first Harry Potter novel was released 20 years ago? Did you feel really old just now?

Check out this really cool Infographic on the series, and revisit the differences between the books and the movies: Sorcerer’s Chamber of Azkaban, Goblet of Fire and Order of the Phoenix , Half-Blood Prince and Deathly Hallows.

Let’s be honest, Lord of the Rings did feel like it took 16 years to write, but I was surprised Stephanie Meyer took a whole 3 months to write Twilight.

Recently I reposted a cool infographic about science fiction weapons, which was a continuation of my posts of infographics with cool comparisons (such as the fastest space ships). Bryan at EVELO liked those posts and sent me a link to his post on the Fastest Bikes in Fiction. Check it out.

Speeder Bike is still the coolest.

Cool infographic comparing the destructive power of sci-fi weapons from Foundation Digital and Fat Wallet. And yes, the Smart Disk is probably more accurately called a Smart Chakram (if I learnt anything from watching Xena Warrior Princess).

I have no argument that these 5 authors are definitely some of the most influential science fiction authors of all time. You could also argue that they would also rank highly in their influence on fiction in general.

When I was younger Jules Verne was an author I devoured. He and HG Wells were well ahead of their time and are still influencing fiction now (see my comments here). While I have read Asimov and Clarke, I can’t claim to be a fan of their writings. Lots of great ideas, but the books I have read fell for the hard sci-fi trap of reading like physics text books rather than entertaining stories. I feel a little remiss in not having read any Bradbury as yet, at least none that I remember – my book reading before Goodreads is a bit of a blur.

Below is a wonderful infographic that compares a selection of the fastest ships ever created. Very cool.

The Fastest Ship in the Universe : How Sci-Fi Ships Stack Up Created by: FatWallet.com

Worth heading over to the original page for the discussion section. Highlights include which ships were missing, and a better estimate of the Heart of Gold’s top speed.

The big take home from this infographic is that readers are more interested in reading, not on the format it comes in. I also found it interesting that people read slower on an e-reader (which I’d guess is because the screen is smaller and requires more ‘page turns’ which breaks reading flow) yet those using e-readers read an average of 9 more books per year (24 vs 15).

In summary: reading is good, go and enjoy a good book.

There are some interesting claims being levelled in the publishing industry about the death of books (rubbish), that publishers are going broke (only if they messed up) and that the industry is in turmoil (only when scaremongers keep saying it is). Well, the infographic below highlights some statistics on the US book industry – I think I’m going to stop calling it the publishing industry, maybe reading industry is more appropriate. The final figure is the one that everyone should quote the next time a smaller or non-existent advance is offered to authors, or royalty rates are lowered, or high book prices are justified.

I don’t like to claim a lot of expertise in formatting, layout and graphic design. That isn’t to say I can’t do it, nor that I haven’t produced a couple of my own publications and newsletters. But I found myself in an argument recently defending using both serif and sans-serif fonts, which is like arguing over what colour black you want to wear to a metal concert (that’s a no-brainer: the darker one).

Notice the small decorative flourishes at the ends of the strokes in the left character. These are called serif. The right character does not have these strokes and is said to be a sans-serif font. Sans is the French word for without. So I could be currently sans-pants.

The most common examples of these two font types are Times New Roman (serif) and Arial (sans-serif). Bleeding Cowboys would be an example of an overused serif font that is for try-hards, whilst Comic Sans is an overused sans-serif that shows a lack of taste.

Now there are some simple rules of thumb when it comes to using serif and sans-serif fonts, which are backed up by science. The first rule is that thumbs only hit the space bar once. The second rule is:

Use serif for printed work

Serif fonts are usually easier to read in printed works than sans-serif fonts.

This is because the serif make the individual letters more distinctive and easier for our brains to recognise quickly. Without the serif, the brain has to spend longer identifying the letter because the shape is less distinctive.

The commonly used convention for printed work is to use a serif font for the body of the work. A sans-serif font is often used for headings, table text, captions, and ransom notes.

The third rule is:

Use sans-serif for online work

An important exception must be made for the web. Printed works generally have a resolution of at least 1,000 dots per inch; whereas, computer monitors are typically around 100 dots per inch. Even Apple’s much vaunted retina display is only around 300 dots per inch — much lower than print.

This lower resolution can make small serif characters harder to read than the equivalent sans-serif characters because of their more complex shapes. Yes this does give you an excuse to buy a 4K monitor for your computer. Go nuts.

It follows that small on-screen text is better in a sans-serif font like Verdana or Arial.

I wrote a little satirical book review about a notorious science journal called Energy & Environment, which is the go-to place for people who think the Earth is flat and that climate change isn’t happening. I’ve written a few articles on the topic myself and I’m also rather active in promoting climate science and renewable energy (just read my Twitter and Facebook feeds). As a result the author of the Infographic below – Allison Lee – contacted me. So enjoy a few climate facts from the graphic below and share it to continue to raise awareness.

I’ve never really thought of myself as a bookworm, given the lack of exoskeleton, and my functioning vertebrae and CNS. There is no doubting that my wife and I are readers though, since we average at least a book a week, usually closer to two a week. We’re hoping our son will become a reader as well, but at the moment he is more entertained with pooping his diaper.

Anyway, in my internet trolling this week, I came across this infographic from a survey of a graphic design class. We all know that infographics must be accurate and representative, so let’s see what a Bookworm’s characteristics are. 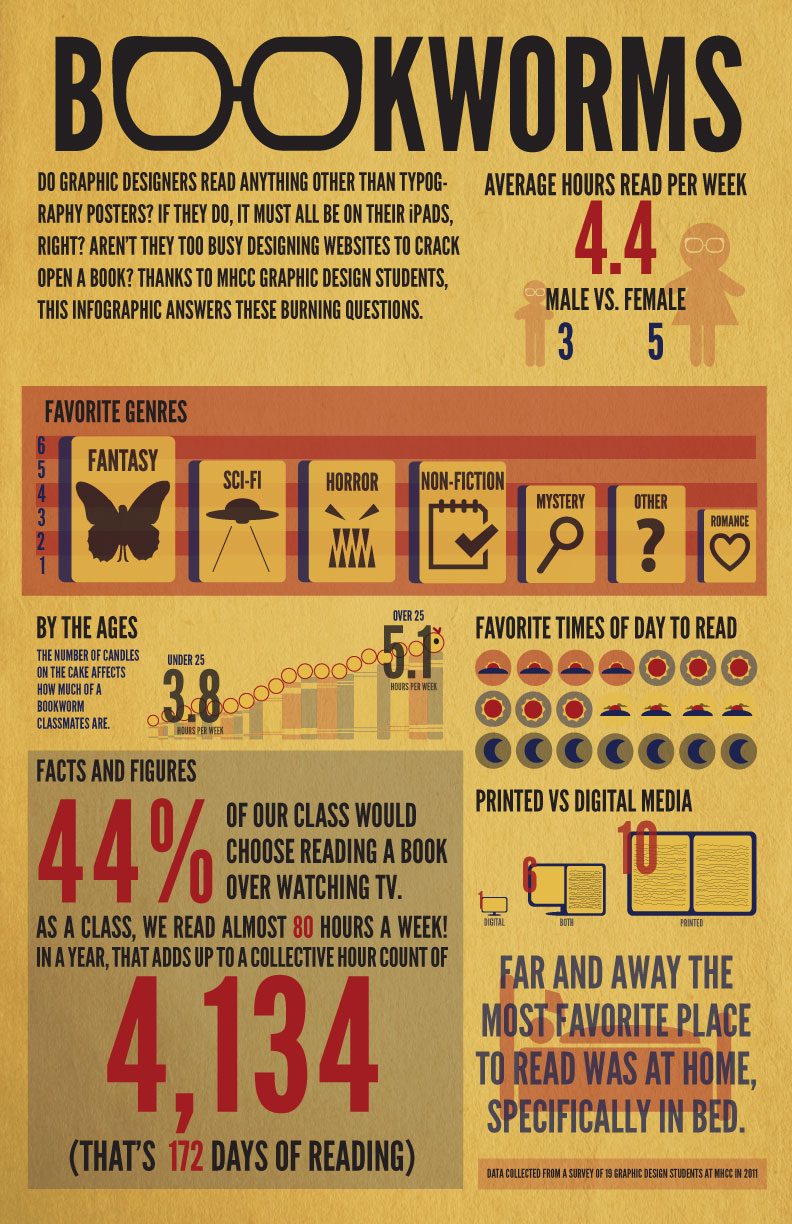 Like Loading...
This lovely infographic will help with this season’s festivities. Ideally you will work through the varying styles of beer to find the right beverage for every meal and occasion. Because if there is one thing about the holiday season that is true everywhere, it is that you don’t want to be sober.